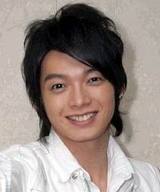 Calvin Chen (Chinese: 辰亦儒; pinyin: Chén Yìrú; Wade–Giles: Chen I-Ju) is a Taiwanese singer and actor. He is currently a member of the boy band Fahrenheit. His stage name is a homophone of his birth name.

After graduating from Taipei Municipal Jianguo High School, one of the top high schools in Taiwan, he further pursued his college education in Canada at Simon Fraser University. He completed his masters degree in Economics at the University of Victoria. He then further continued his life in Canada by joining a pageant-like competition (Sunshine Boyz) in Vancouver, where he won first place with a free ticket to Taiwan and a contract with a music company, as well as a role in a drama in 2004 and became a member of Fahrenheit in 2005. He had enrolled in the graduate program in Public Finance at National Chengchi University, but discontinued his study to focus on his showbiz career. He launched his first fashion brand WOW in Oct. 2008.

He speaks Mandarin, English, Taiwanese, and understands conversational Cantonese. Calvin could also manage in Korean and Japanese due to his work as host.

This article based on content from http://www.wikipedia.org. Original version: url http://en.wikipedia.org/wiki/Calvin_Chen
Retrieved from "https://www.asiancanadianwiki.org/mw/index.php?title=Calvin_Chen&oldid=13544"
Categories: