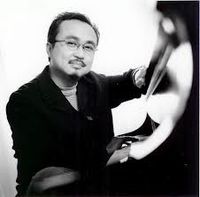 Dang began studying the piano in Hanoi, Vietnam with his mother, Madame Thai Thi Lien, founder of the Vietnam National Academy of Music. He was discovered by Russian pianist Isaac Katz in 1974, which allowed him to continue with his advanced training at the Moscow Conservatory in Russia with Vladimir Natanson, a disciple of Samuil Feinberg, and with Dmitri Bashkirov.

He was awarded the First Prize and Gold Medal at the Tenth International Chopin Piano Competition in Warsaw, although the elimination of Ivo Pogorelić in the third round - leading to the Argentine pianist Martha Argerich quitting the jury in protest - somewhat overshadowed Son's award.

He continues to give masterclasses throughout the world, and sits as a member of the jury for piano competitions, including Cleveland, Hamamatsu, Rachmaninoff, Sviatoslav Richter, and Arthur Rubenstein competitions. He was a member of the jury for the Chopin International Piano Competition in 2005 and 2010, where also performed as a special guest artist for the Opening Gala Concert along with Martha Argerich.

Son has received particular acclaim for his interpretations of the music of Chopin. He now resides in Montreal, Canada, where he teaches at the University of Montreal.

This article based on content from http://www.wikipedia.org. Original version: url http://en.wikipedia.org/wiki/Dang_Thai_Son
Retrieved from "https://www.asiancanadianwiki.org/mw/index.php?title=Dang_Thai_Son&oldid=13718"
Categories: