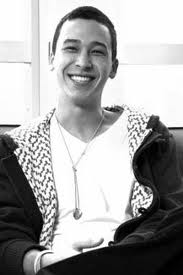 George Nozuka sings, dances, plays piano, guitar and harmonica. Most of his choreography was taught by Roger Chau, well known South-East Asian Dancer. He released his first album Believe in 2006.[5] He co-wrote all of the songs on his album. It took a full year to record in Toronto, Los Angeles and Sweden with a number of producers, including Perry Alexander, Roy "Royalty" Hamilton and Anthony M. Jones. A special edition of "Believe" was also released in Japan in July 2007. Five songs from the freshman album of George were released as singles in Canada.

In 2005, George appeared in episode 18 of season 4 of Degrassi: the Next Generation entitled "Modern Love" where he plays Chad Hosoda, brother of Chester (played by George's brother Philip Nozuka). The other brother Justin Nozuka played the role of Chuck Hosoda.

This article based on content from http://www.wikipedia.org. Original version: url http://en.wikipedia.org/wiki/George_Nozuka
Retrieved from "https://www.asiancanadianwiki.org/mw/index.php?title=George_Koichi_Nozuka&oldid=13425"
Categories: