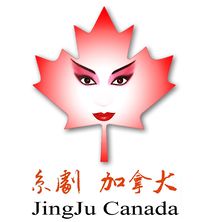 At the beginning of the 20th Century one of the greatest performers of all time – Mei Lanfang – exposed the West to the traditional theatric art form of Jingju. His performances had a great impact on Western theatric forms and influenced the works and methods of such notable artists as Constantin Stanislavski, Bertolt Brecht, Vsevolod Meyerhold and Charlie Chaplin. These artists were inspired by the complex, spectacular, epic and yet realistic qualities of performance Jingju was able to bring to the stage in such a harmonious union.

Jingju Canada hopes to continue in the footsteps of such great visionaries as Mei Lanfang by sharing the traditional Chinese ‘Capital Theatre’ to Western audiences. Jingju has a rich tradition of over 200 years and its complex and multi-disciplinary performance style is a spectacularly unique tradition which reflects and represents wonderfully its origins in one of the world’s oldest living civilizations.

Jingju Canada is a theatre company which is dedicated to maintaining and sharing the tradition of Jingju in Canada. Jingju has a rich heritage and is a truly complete art form combining athletics, character, dance, storytelling, singing, and design in one holistic theatric form which is rarely seen on the Western stage. With the artistic direction of Shijia Jiang – a graduate of the directing department of the National Academy of Chinese Theatre Arts with over 17 years of training and experience working professionally in China – Jingju Canada maintains a company of performers from a variety of cultural backgrounds. These performers specialize in specific archetypal character roles so as to keep with traditional training techniques and perform Jingju in its traditional form complete with authentic costumes and makeup.

This article based on content from http://www.jingju.ca/about/.
Retrieved from "https://www.asiancanadianwiki.org/mw/index.php?title=JingJu_Canada&oldid=13014"
Categories: