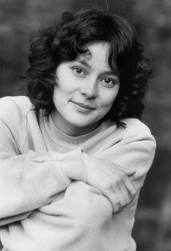 "I was born on February 14th 1960 to Patricia Ann Tilly and Harry Chan. When my mother found out she was pregnant again, she said, “Oh good! A Valentines baby.” She knew I was going to be born on Valentines Day, even when her doctor decided to induce labor on February 13th because he had a big golf game the next day. So certain was my mother, that she brought a big suitcase full of Valentine decorations to the hospital and had a big celebration when I was born. So even though there have been differences and challenges between the two of us, I know that I came into this world wanted and loved and that shores my heart up when I am feeling small. I am grateful that she held out all those hours, to have me on Valentines Day. Being born on such a special day has always held great meaning for me.

I have many brothers and sisters, some full blood, some half, and some step. I am close to some, not to others, but all of them, whether they speak to me or not, I love.

I began dancing ballet at age fourteen. Quite late for a dancer, but I worked very hard and within two years, I was winning scholarships. I took the Greyhound bus from Victoria B.C. to New York City when I graduated from high school. I landed in New York at the Port Authority Bus Terminal, not knowing a soul with a scrap of paper containing the address of someone’s daughter, who said I could stay for a night or two until I found an apartment. My first few nights were spent in Hell’s Kitchen, sleeping on the floor of a minuscule studio apartment with five other dancers to be. I found my way to Madame Darvash’s Ballet School where I was fortunate enough to receive a full scholarship. I was a dancer in the movie Fame. After shooting that film, I studied with Melissa Hayden on full scholarship. While there, unfortunately, I was dropped in Pas de deux class and fractured my back. The doctor told me that I had to quit dancing or I would end up in a wheelchair by the time I was in my thirties.

After a few months of grieving, I moved to Los Angeles to pursue acting. My sister, Jennifer showed me the ropes. Those were fun wonderful times, both of us, starting out. I landed the part of the maid in the Equity-wavier play, The Girl on the Via Flamina. It was Sean Penn’s first play as well. He introduced me to Peggy Fuery, his acting teacher, who then became mine. Shortly thereafter I received my first starring role in the movie Tex. And so it began. I was very lucky to be cast in so many movies and T.V. shows. I feel so grateful that I was given the chance to live, experience such an amazingly interesting life.

I have been married more than once. The man I’m married to now is a keeper. I have been blessed with three beautiful children, Emily, David and Will.

I started writing Singing Songs in 1990. It was published in 1994 by Dutton. Later that year I decided to retire from acting. I raised my children and wrote several movie scripts that were sold but never made into movies. I also wrote several other manuscripts but did not submit them to publishers for personal reasons. I then wrote Gemma, which was published in 2006 along with a re-release of Singing Songs with a new cover and Foreword. My new novel, Porcupine is published by Tundra and is in bookstores now. I have written a reluctant reader which Orca Books will be releasing in Fall 2008."[1]