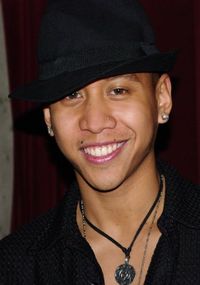 This article based on content from http://www.wikipedia.org. Original version: http://en.wikipedia.org/wiki/Mikey_Bustos

Mikey Bustos (born June 23, 1981) is a Filipino Canadian singer who has appeared on the reality television show Canadian Idol.

Bustos is from the Weston neighbourhood of Toronto. Before Canadian Idol, he worked as a temp at the Bank of Montreal.

Bustos placed seventh runner-up in the finals of Canadian Idol Season One in August 2003, despite Chart magazine's prediction: "If we were to lay our bets today, ChartAttack’s money would be on Toronto contestant Mikey Bustos, a slightly strange looking young man with a shaved head and the voice of an angel." From his very first audition where he floored the four judges, he established the largest fan base early in the competition, and made headlines all over the country.[citation needed]

Bustos recorded with BMG Canada/Vik Recordings for the Canadian Idol compilation album, which was certified Gold on the Soundscan Billboard charts on second day of release, and ranked in the Top 5 best selling Canadian albums in its debut week, selling over 60,000 units nationwide.

In 2004, Bustos recorded, performed, and mastered his craft in New York City residing in Queens and Manhattan, collaborating and recording with acclaimed producer Glenn Swan of the renowned Chung King Studios.

In 2005, Bustos released his debut extended play entitled Love Me Again on May 7. It was produced by Brent Bodrug of B-Group Music, who previously had worked with Alanis Morissette, Jack Soul, and Sugar Jones. It is available at all HMV locations across Canada.

In 2006, Bustos continued touring in the U.S. performing in New York, Chicago, Los Angeles, San Diego, and Las Vegas. He also began to perform in other countries, traveling to the Philippines, where he was front act for the Pussycat Dolls. Mikey also had a series of guest appearances, interviews, and live performances on popular Philippine TV shows including TFC's ASAP '06, and GMA's Eat Bulaga, Star Talk, SOP, S-Files, Unang Hirit, SIS, MTV Philippines, and even the country's first Philippine Idol. Mikey's radio performances and mall performance at Eastwood City in Manila were also highlights.

In 2007, Bustos was featured in a commercial for MTV Canada & was the front act for Christina Aguilera in the Philippines on July 6. He released a music video the next year for his single "If It Feels Good Then We Should" from his debut solo album Memoirs of a Superhero. The album was released on December 23, 2008, and its album art was designed by Orange Pop Media.

In 2009, Bustos' single "If It Feels Good Then We Should" reached Top 20 for multiple weeks on Canadian mainstream radio, as well as Top 2 Music Video on the California Music Channel in the US. His single "All I Need Is Me" was also played at Footlocker Stores nationwide. Under Bustos Entertainment Inc, he signed with Universal Music/North Fontana Distribution in May 2009.

In 2010, Bustos was nominated for a Toronto Independent Music Award for Best Adult Contemporary category. His song "Everytime My Heart Beats" from his debut album "Memoirs of a Superhero" since its release has become a Youtube phenomenon. Mikey was also involved in musical theater projects including a star role in the Summerworks production of Prison Dancer: The Musical.

Bustos continues to tour the world performing and making guest appearances on TV, radio, and the internet. He is also the co-founder, creator, and co-owner of a store providing formicariums (ant farms) and ant keeping products to enthusiasts worldwide.

Bustos is known for his videos uploaded on video website YouTube about Filipino tutorials, including eating Balut (duck embryo), Filipino dining, Filipino courting, and the Filipino CR. He also made a parody of "Born This Way" by Lady Gaga entitled "Pinoy This Way". He has been appeared on TV several times: TV Patrol and Bandila on ABS-CBN; and 24 Oras and Saksi on GMA.

In 2011, Bustos became the spokesperson and endorser for brands like Samsung, Nescafe, and Mang Juan snacks. His TV commercials for Chicharron ni Mang Juan run on Philippines TV on all major networks nationwide.