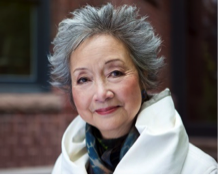 Clarkson arrived in Canada with her family in 1941, as a refugee from Japanese-occupied Hong Kong, and was raised in Ottawa. After receiving a number of university degrees, Clarkson worked as a producer and broadcaster for the Canadian Broadcasting Corporation (CBC) and a journalist for various magazines. Her first diplomatic posting came in the early 1980s, when she promoted Ontarian culture in France and other European countries. She was in 1999 appointed as governor general by Queen Elizabeth II, on the recommendation of Prime Minister of Canada Jean Chrétien, to replace Roméo LeBlanc as viceroy and she occupied the post until succeeded by Michaëlle Jean in 2005. While Clarkson's appointment as the Canadian vicereine was generally welcomed at first, she caused some controversy during her time serving as the Queen's representative, mostly due to costs incurred in the operation of her office, as well as a somewhat anti-monarchist attitude toward the position.

Giving her the accordant style of The Honourable; however, as a former governor general of Canada, Clarkson is entitled to be styled for life with the superior form of The Right Honourable. She subsequently published her memoirs, founded the Institute for Canadian Citizenship, and became Colonel-in-Chief of Princess Patricia's Canadian Light Infantry.

This article based on content from http://www.wikipedia.org.
Retrieved from "https://www.asiancanadianwiki.org/mw/index.php?title=The_Right_Honourable_Adrienne_Clarkson&oldid=18139"