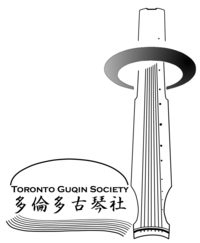 The Toronto Guqin Society (TQS) is a group dedicated to Chinese elegant culture, especially of the Chinese seven-stringed zither (the Guqin), as well as Hanfu, the traditional Chinese robe. We provide a network for qin players, students, and listeners, by organizing regular seasonal gatherings called "yaji"s to the public. We also provide seminars and workshops on Hanfu, or Traditional Han Chinese Clothing, currently under vibrant revival in China.

The Toronto Guqin Society was founded in 2005 under the name University of Toronto Guqin Association (UTQA) to spread awareness of guqin music in the UofT and surrounding communities, as well provide a gateway for communication between players and fans of the music. In autumn 2007, in response to the rise of the Hanfu movement in Toronto, the UTQA was restructured into UTCCAS to attune to the promotion of authentic Chinese culture, or the Han tradition. Today, the group has come out to the community under the name Toronto Guqin Association (TorGuqin), and retains its original mission since 2005 of connecting guqin lovers in Toronto and worldwide.